“Great Inventions that Changed the World” 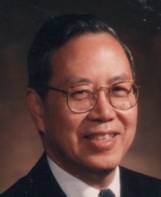 We have made tremendous progress in the last two million years, in comparison with the natural condition of mankind which is said to be “nasty, brutish, and short”.  Great inventions began with the stone axe two million years ago, to supplement the meager teeth and claws that we were given by nature; the latest are the computer and internet, which connect us well with friends and the world.  Inventions and technology are the most dynamic forces of change and progress in the world today.

Our expectations of a future with increasing prosperity and better quality of life are dependent on a continued stream of new inventions.  We are besieged by shortages of resources like water and energy, by natural calamities of hurricanes and earthquakes, by epidemic diseases such as malaria and AIDS, and by the dread of terrorists and nuclear wars.  We clamor for new inventions to solve these problems.

Every citizen of the world would benefit from the knowledge of how inventions were made, how they can change the world by intention or by surprise, and from discussions on how to use and manage inventions wisely.

Dr. Wei has published more than 130 research papers on chemical kinetics, catalysis, reaction engineering, and cancer chemotherapy.  He is the author of many books, including “Product Engineering” with Oxford University Press in 2007, and “Great Inventions that Changed the World” with John Wiley in 2012.  He served as the president of the American Institute of Chemical Engineers in 1988.  Among Dr. Wei’s honors are:  Member of the National Academy of Engineering, 1978; Member of American Academy of Arts and Sciences, 1982; Member of Academia Sinica, 1982.